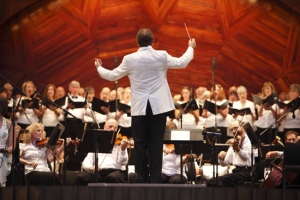 The underlying currents that have been sweeping through the NHS for the last thirty years have been remarkably simple and consistent.

Activity and costs in the acute sector had been growing too quickly for the economy to support and without enough impact on the health of the population, so two main actions were introduced.

The first was the separation of the commissioning of care (procurement, purchasing, call it what you will) from its provision, which was intended to introduce appropriate tension and ‘contestability’ and so remove any cozy collusion in the system.

The second was the strengthening of primary care (and specifically the GPs) at the front end of the system, as generalists able to treat the vast majority of illnesses themselves, ‘case manage’ the rest through their ability to control referrals to the acute sector, and co-ordinate all care, acting as the conductors of the NHS orchestra.

Mechanisms supporting these principles have developed over time, but the direction of travel seemed well established. The population quantum changed, financial levers held by primary care evolved, and the acute sector has been through its own iterations with the private and voluntary sectors beginning to become involved as providers.

The potential ‘magic bullet’ in the changes was the intention to move patients and their services out of expensive institutions. Community-based care was assumed to be more user friendly, more appropriate, more easily accessible, and cheaper, so the philosophy seemed like a ‘no brainer’.

Moreover, the drivers were strong enough to keep the GP community (more or less) on board despite repeated disappointments as the aspirational rhetoric of each round of reforms was diluted by real world politics.

What has emerged as the Kevlar vest against the magic bullet however, has been the difficulty of getting resources to follow the patients. The machinations here have been a perpetual problem that may now derail things once again.

With the reforms of the early 1990s, traditional hospital-based activity did begin to migrate to the community. Patients with diabetes, hypertension, angina, and a host of other medical conditions were treated in their GPs’ surgeries. Even some technical procedures began to move, as GP practices (or surgeons employed by them) started carrying out endoscopies, vasectomies, even more complex procedures such as hernia repairs.

However, what became quickly apparent was that the cash that could be taken out of the acute sector as it lost this activity was minimal. Individual diabetic patients only incur a few prescriptions, a modicum of staff time, and their ‘hotel’ costs. Unless one could close entire wards, real costs could apparently not be taken out, only costs at the margins. Without that incentive, the moves to make radical service changes fizzled out, leaving the established status quo more or less intact.

With the establishment of clinical commissioning (originally GP-led commissioning), the phoenix of real service change looked as if it could emerge from the ashes of previously stalled political initiative. Once again, it was proposed that GPs (or the wider primary care clinical groupings) would ‘control the majority of spending in the NHS’ and thus be able to make step changes to the dynamic of service delivery by moving resources out of the acute sector into community-based facilities.

But lo and behold, another issue has emerged to stymie these moves, based on a political ideology aimed at increasing competition, and the fear that GPs will use the new arrangements to line their own pockets. Formal competitive tendering has been introduced, whose practicalities have yet to be tested. Thus for example (according to guidance issued from the NHS Commissioning Board (NHSCB) last summer) CCGs ‘will need to decide whether services could be delivered by a number of potential providers (which may include general practice) or whether they could only be provided by general practice’. However, it is unclear how they will be held to account for their decisions, and by whom.

Although the NHSCB (through its area teams/regional offices) is not intended in principle to interfere, experience over the last two years has shown that at every stage the need to get the process right has trumped concerns about outcome. To misquote an old aphorism, we are focusing on doing things right rather than doing the right things, and this seems unlikely to change while the CB itself is learning how to function.

But there is a larger concern. The last thirty years have shown that we need to consider the structure and function of the NHS as two distinct issues. The system is evolving so that function is better and more seamlessly integrated, whilst the organizational structures that support these functions are often better kept separate. What must flow freely however, are the lubricants of success, which are money and information.

There is more discussion to be had here, but the immediate point is that as long as the funding streams of hospital and community care are handled separately, and the incentives for the preferred outcomes are not carefully and precisely aligned, no system will ever function properly. The dog’s dinner that has been the politicized process of the last three years has resulted in a confused, opaque structure that will never produce the culture that we need if we want efficient, user-friendly services as our outcome.

2 thoughts on “On conducting orchestras and resisting magic bullets”