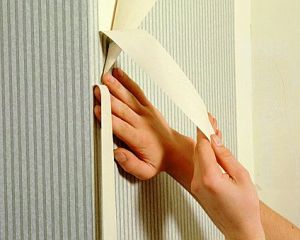 One of the recommendations made by the recent Francis Report is the introduction of aptitude tests for nurses at entry into the profession, though interestingly, not for doctors. These tests would ‘explore, in particular, candidates’ attitudes towards caring, compassion and other necessary professional values.’

Like so many other ‘shutting the stable door after the horse has bolted’ reports, Francis seems to assume that cause and effect can usually be linked; in this case, a nurse with aptitude for caring can care, whereas one without it can’t.

It is clearly a truism that people who do not have an aptitude for caring really shouldn’t go into any of the caring professions, be they potential nurses, therapists, or doctors.

However, life isn’t that simple, and the report really misses the point by assuming a) that aptitude is the only determinant of caring, and b) that it will remain rock steady, despite all the prevailing pressures. The reality, as almost everyone who has worked in the service will tell you, sacked chief executives included, is somewhat different.

In practice, nearly everyone who joins the NHS is highly motivated, and with a strong vocation both for caring and working in the public sector. Let’s take myself as an example: as a bright graduate, I could have chosen to go into banking or commerce, or industry, where the working conditions and the pay would have been considerably better. However, I wanted to become a doctor in the NHS because it was there that my need to put something back into society, to care in its broadest terms, would be satisfied.

However, when you have a dedicated, motivated workforce, the inevitable temptation is to exert a kind of moral blackmail, exploiting the ‘aptitude’ for caring, and increasing work place pressures.

Rare is the health visitor who refuses to take on a new patient because (s)he has reached their recommended caseload; curmudgeonly is the doctor who refuses to see an extra patient at the end of surgery; and slippery is the slope down which we slide if indeed we do get into that ‘jobsworth’ mentality.

Staff usually accept such pressures, but their acceptance assumes a certain ‘reasonableness’ in return. Such informal understandings, based as they must be on handshakes and unwritten agreements, can work between individuals, but do not sit easily when formal organisations with their need for transparency are involved, and it is here where much of the NHS cultural difficulty begins.

The National Health Service is a massive, politically driven system, where the welfare of the individual – staff or patient – ultimately takes second place to the welfare of the whole. The utilitarianism of ‘the greatest good for the greatest number’, was explicit when the NHS was founded, but even in these days of patient choice and consumerism, the system is bound to use a ‘currency’ that looks for egalitarianism and equity over the needs or job satisfaction of the individual.

So staff expect and are prepared to be somewhat exploited when they recognize the problems and agree with the issues. However, once the gargantuan monolith of The System begins to place importance on priorities that have little or no meaning to individual staff members, they then see themselves as unwitting slaves to a master whose cause they don’t recognize at best, or willfully resent at worst. When that stage is reached, then their willingness to be exploited lessens, their resentment begins to grow, and their ‘aptitude’ may be a little weaker.

In Mid Staffs, the financial priorities imposed by Monitor probably had little resonance with clinical staff; and when staffing levels were reduced, putting extra work onto the remaining staff who were not ‘on message’ with the task, it was perhaps inevitable that standards of care dropped. Not much about aptitudes, more about abusing the basic tenets of human decency.

Valued staff usually exceed their job descriptions, often by considerable margins. Staff who feel themselves to be ignored and undervalued will eventually underperform, however strong their initial commitment and aptitude.

There are two lessons to be learned here: the first is that the creation of  ‘aptitude tests’ to see whether candidates are worthy of joining an industry that will then almost certainly chew them up and spit them out is unlikely to solve many problems. The second, and more important, is that people respond to their environment; initial aptitudes are bound to wither if staff are always blamed and castigated for problems over which they have no control, whereas staff who feel as if their input is genuinely valued will maintain and even increase their ‘aptitude’.

Symptom control is never as effective as diagnosis and treatment; the medical metaphor is entirely apposite, and one that looks as if it is once again being ignored.